Promising more to give less: international disputes between core and periphery around European posted labor, 1955–2018.

The posting of workers from the European periphery has generated the most extended and tumultuous series of labour disputes in the history of European Integration. Based on relevant archives, this article conducts the first historical review of posting rules in the European Union, from the early negotiations in 1955 until the latest directive in 2018. This historical review enables to discard a neoliberal turn in posting rules from the 1980s onwards. It also leads to rejecting the explanation of disputes by the movement out of the European periphery under posting rules of a Lumpenproletariat insensitive to class struggle. Instead, the article shows the increasing regulation of the labour market at the expense of posting opportunities in the last thirty years. It reveals the dominant role played by governments and their constant support for their workers. It highlights the continual asymmetry of power between core richer countries and the Southern and Eastern margin of the European Union. Eventually, this article finds the long-term problem in the contradictions between the interests of workers and firms in richer destination countries and the enlargements of the Single Market to poorer countries. 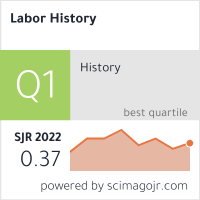