Migration and Regional Interdependence in the Mediterranean, from the early 1980s to the mid 1990s.

This article discusses how migration in the Mediterranean area has affected relations between European states and other Mediterranean states from the early 1980s onwards. It relies on documents of the Council of Ministers of the European Union, the Council of Europe, and the Presidency of the French Republic. Migration flows went from the south and the east to the north of the Mediterranean. The article shows that these flows created interdependence in the region. Northern states tried to reduce migration flows. However, they also had to consider a more comprehensive approach to address the causes of migration. This approach was a fundamental dynamic at the origin of the Barcelona Process in the mid 1990s. 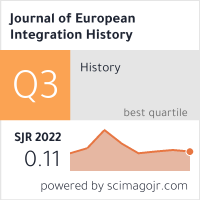